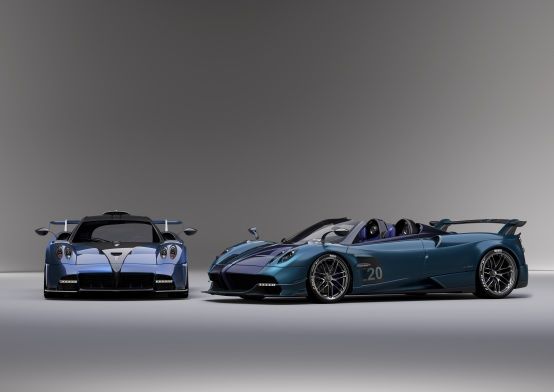 European preview for the Roadster BC and Pagani Imola

2020 will be the performance year for Pagani Automobili. Roadster BC and Pagani Imola epitomize the pinnacle of the brand's design and engineering expertise;

type-approved for road circulation but with truly racing spirits, never before has the Pagani stand hosted so much power and torque together.

A goal that involved creating from scratch the vehicle components and use of unprecedented solutions; the modus operandi at Pagani remains true to itself, and all the research, engineering and handwork employed in creating the cars continue to be inspired by Leonardo Da Vinci's vision of art and science;

production of the Huayra Roadster is on the final straight, while the production launch of the Roadster BC begins and that of Pagani Imola continues;

Pagani is planning mid-2020 deliveries of the first Roadster BCs, less than one year from the launch, while all 5 of the Pagani Imolas will have been consigned by that deadline;

Pagani showcases the first Roadster BC of the limited production run, with its bespoke finishes, and the 3rd Pagani Imola of 5 examples;

the new Hypercars on show represent the goals achieved by Pagani in the Research & Development area, in which hefty investments are made by the brand each year.

Pagani Automobili will be presenting the European preview of its most recent creations, the Roadster BC and Pagani Imola, at the 90th edition of GIMS.

From Zonda to Huayra, present and future after the first twenty years of the legend

Now that the 20th-anniversary celebrations of the Zonda have terminated, Pagani will be on show at GIMS 2020 to present the developments and goals achieved by the brand's technological progress as interpreted by the two newly created Hypercars.

Roadster BC and Pagani Imola are performance-oriented vehicles. While the former reflects the signature lines of the Huayra Roadster and combines aesthetics with leading-edge technology, the Pagani Imola is an intentionally efficient vehicle, a powerhouse of technology for the road and racetrack.

Safety, lightweight, driveability, beauty and power are the watchwords for both vehicles.

All this power, combined with Pagani's habit of keeping a watchful eye on the state-of-the-art and the goals achieved resulted, in both cases, in the creation from scratch of the vehicles' components.

The cooling system, suspension geometry and airflow channels are all new, to name just a few of the innovative changes. We updated the active aerodynamics system for the fourth time since the Huayra Coupé was launched. Now, the four mobile flaps dialogue and interact immediately with the new electronically controlled suspension system and adjust to suit the driving dynamics.

As to tires, we can now custom-tune the car as never before thanks to the Pirelli Next MIRS system.

Over 35 years of meticulous research into composite materials have enabled Horacio Pagani and his Team to develop increasingly performance-oriented solutions. Made of Carbo-Titanium HP62 G2 and Carbo-Triax HP62, the new monocoque enhances the torsional and bending stiffness of the vehicles while reducing their weight (1,250 kg / 2,756 lbs the Roadster BC and 1,246 kg / 2,747 lbs the Pagani Imola). The Acquarello Light paint and application technology featured by the Pagani Imola saves weight and improves both weather protection and the impact resistance properties.

So it was for the Zonda, and so it is now for Huayra, Pagani Automobili's modus operandi has always been true to itself. Two projects, worlds apart but united by the same guiding principles inspired by Leonardo Da Vinci: Art and Science.

Every component of a Pagani hypercar must conform to demanding technical and aesthetic standards. Remaining faithful to the Renaissance philosophy has inspired Pagani Automobili to create unique examples in both form and function, a constant challenge for the brand.

Each year, Pagani invests heavily in Research & Development and focuses on new and unexplored paths in search of pioneering solutions for the target market.

Research underpins the strategy of Pagani Automobili, which is steadily expanding worldwide and has opened new dealerships.

Inaugurated in February, the Dubai Headquarters will be dealing at close quarters with the Middle Eastern and African markets. A step ahead with regard to customers, who can rely on state-of-the-art technology and trained staff in surroundings that carefully reflect the atmosphere of the Atelier in Modena. At the end of 2019, the Asia-Pacific region has seen the opening of a new dealership in Seoul, South Korea, and another in Kobe, Japan, which makes it the second in the country.

Despite the expanding business and increasing investments, the "Renaissance Workshop" continues to build each vehicle by hand.

We are terminating the Huayra Roadster's production run, 100 examples of the world's first Roadster to be lighter than its coupé variant. We can't wait to get started on the Roadster BC, the first examples of which will be delivered to their owners towards mid2020, less than one year after the car debuted at Pebble Beach. Delivery of the 5 Pagani Imola hypercars is planned for the same period.

The first Roadster BC in production features a matte carbon-look finish in two new shades, Cobalto and Indaco, while the central stripe sports a carbon-weave finish in the Cobalto and Azzurro Sardegna colors.

The interior is crafted in alcantara and leather, embossed and skillfully measured to lighten the whole structure.

Blu Tricolore is the shade chosen for the 3rd of the 5 Pagani Imola hypercars. The finish is glossy while the white accents, which underscore its aggressive looks, are matte. This time the interiors are in alcantara and blue leather, while the Imola logo is embroidered onto the door interior so as to be visible when the door is opened. The rims are in the titanium color. 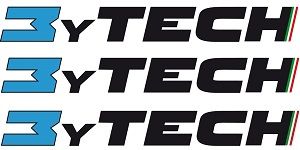